Posted by Terrobuster at 8:20 PM No comments:

Posted by Terrobuster at 12:07 PM No comments:

Posted by Terrobuster at 12:06 PM No comments: 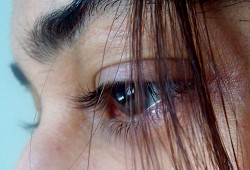 A child sex trafficking survivor has filed a lawsuit against Village Voice Media, claiming they knowingly promoted the forced prostitution of a minor on their online classified site, Backpage.com. The suit comes just days after Craigslisttestified before Congress that their "adult services" section was closed for good in the U.S. Is this lawsuit the next wave of a changing tide in the fight against online exploitation of children?
The survivor bringing the suit, identified only as M.A. since she is still a minor, was first sold into the commercial sex industry at age 14 after running away from home. Her pimp pled guilty last week to taking pornographic photos of a minor and posting them to Backpage.com, promoting sex with a minor on Backpage, and several related crimes. That child pornography was posted to Backpage and that child trafficking was facilitated through Backpage is not debated. The question is, did the operators of Backpage know these ads were 1.) pornographic pictures of a minor and 2.) promoting prostitution of that minor. The law suit claims they did, although the details as to how are left pretty vague. According to the filing,

“Defendant had a strong suspicion that the aforementioned crimes were being committed. Defendant had a desire that these posters accomplished their nefarious illegal prostitution activities so that the posters would return to the website and pay for more posting. Therefore, actual knowledge of the specific crime is unnecessary under the 'ostrich rule' which allows an inference of knowledge, in that at best defendant was deliberately ignorant of the specific crimes that were being committed on its website.”

Create your own petition »
Backpage does accept money for adult ads, which gives them a financial incentive not to boot paying users off the site. But will that incentive be enough to demonstrate Village Voice Media was willfully ignorant of the child prostitution on their site? And will it be enough to override the liability immunity normally granted to websites like Backpage in the Communications Decency Act? It will likely take more concrete evidence than what was presented in the filing to hold Backpage accountable for their role in M.A's trafficking. Still, the suit poses the important question as to how much responsibility sites like Backpage.com should take to prevent their sites from being used to traffic kids.
M.A. was not the first young girl sold on Backpage, and she won't be the last. Unless, of course, Backpage chooses to follow Craigslist's lead and either seriously reform or get rid of their adult advertisements all together. Will it be a lawsuit from a 14-year-old girl whose repeated rape they helped facilitate that finally gets their attention? Or the over 4,000 letters from Change.org readers they've received? Hopefully, all it will take is a company-wide commitment to preventing pimps and traffickers from using their website to sell enslaved women and children. Surely, Village Voice Media can agree to that, right?
Photo credit: lovelypetal

Amanda Kloer has been a full-time abolitionist for six years. She currently develops trainings and educational materials for civil attorneys representing victims of human trafficking and gender-based violence.
Posted by Terrobuster at 11:43 AM No comments:

Posted by Terrobuster at 4:58 AM No comments:

Mothers Prostitute their Daughters To Get Food

Posted by Terrobuster at 12:18 PM No comments:

Posted by Terrobuster at 12:17 PM No comments:

Posted by Terrobuster at 11:29 AM No comments:

Safety of Kenyans in Saudi Arabia

Posted by Terrobuster at 11:25 AM No comments:

A few days ago, a news article reported that a woman was rescued from a sex slavery, which lasted for several years. The story is particularly tragic in terms of the ways the victim was tortured and abused by the trafficker. Still, the case teaches one a lesson about the lucrative nature of human trafficking, johns, and  pornography.   How she was enslaved According to the investigators, A young mentally deficient female victim was sexually abused and tortured for several years in Missouri and forced to work as an exotic dancer at local strip clubs. Edward Bagley, 43 from a small...
Tags:

NORTH AMERICA South Carolina:  U.S. industry pledge million dollars to end child labor in cocoa harvest in two African countries. Many children are tricked and sold to cocoa farm industry for forced labor. The funding support will go to the programs to build schools and helping rural families in the two West African families so that they do not have to rely on boys' wages earned through forced labor in cocoa farms.  Canada: Thousands of women are trafficked and forced into prostitution in Canada, but traffickers almost never charged with the crime according to the report....
Tags:

NORTH AMERICA District of Columbia: Government leaders fight against child trafficking. Congressman Christ Smith is one of the strong advocates for the rights of child trafficking victims. He argues that more than 100,000 runaway youth in the U.S. have not returned home within 48 hours but forced into prostitution through drug abuse.  Connecticut: A 64 year old man was charged with posting an ads to hire a prostitute on Craigslist. According to the report, he posted his ads on casual encounter section on Craigslist through the internet service available in public library.  EUROPE...
Tags:

Minnesota: the danger of normalization of sexual exploitation among the Native American girls

If you grew up in an Asian household like me, your first instinct would probably tell you to cook rice for dinner tonight for your family. If you grew up in a community, where everyone drinks vodka and get drunk every night, it's likely that you wouldn't see the difference between social drinking and alcoholism. Likewise, if you grew up in a household, where your mom, grandmother, and great grandmother were prostituted, your instinct may tell you that a woman's job is to look pretty to impress other men to sell her body so that she can bring bread and butter to her children. In...
Tags:

South Korea: a Vietnamese bride was stabbed to death by her mentally ill Korean husband

AFP reported yesterday that a 20 years old Vietnamese bride was murdered by her 47 year old Korean husband. She was stabbed to death by her husband eight days after she arrived in South Korea. According to the police, her husband said that he heard the ghost voice telling him to kill the bride during the heated argument. The report said that he had been treated 57 times for schizophrenia since July 2005.  But the report is silent on the matters of whether the Vietnamese bride knew what she was getting herself into. Such deceptive elements of South Korean's international marriage is why...
Tags:

Posted by Terrobuster at 7:57 AM No comments: