Posted by Terrobuster at 12:43 PM No comments:

Posted by Terrobuster at 12:41 PM No comments:

Posted by Terrobuster at 12:41 PM No comments:

By the CNN Wire Staff
August 27, 2010 -- Updated 2247 GMT (0647 HKT)
STORY HIGHLIGHTS
(CNN) -- Immigration and Customs Enforcement agents have arrested nearly 400 illegal immigrants -- including 347 with prior criminal convictions -- over a three-day operation throughout the Midwest, the agency announced Friday.
The arrests in Illinois, Indiana, Wisconsin, Kansas, Missouri, Michigan, Ohio, Iowa, Minnesota and Nebraska were part of the agency's "Cross Check" operations that began in 2009 and are being held across the country.
"We are doing more than ever to prevent people from coming here illegally and we're doing more than ever to focus on those criminal aliens who are threatening our public safety," said Gail Montenegro, a spokeswoman for ICE's Chicago, Illinois, office.
Of the 370 people arrested this week, more than half of them had prior convictions for serious violent crimes such as armed robbery, drug trafficking and aggravated assault.
"These are crimes that have been committed here in the United States," Montenegro told CNN Radio. "They have criminal convictions for criminal conduct that they have committed here in the United States.
"We used a number of different leads," she said. "We tracked individuals with information we had available in our databases. We worked with other law enforcement and used information they had as well to develop our target lists."
Some of those arrested were affiliated with gangs or convicted of sexual crimes against minors. More than 50 were immigration fugitives who had outstanding deportation orders, the agency said.
The operation, which ended Thursday, was the largest of its kind for the agency, according to ICE.
"ICE is focused on arresting convicted criminals who prey upon our communities, and tracking down fugitives who scoff at our nation's immigration laws," ICE Director John Morton said in a statement. "The results of this operation demonstrate ICE's commitment to those principles."
CNN Radio's Shelby Lin Erdman contributed to this report.

Posted by Terrobuster at 12:07 PM No comments: 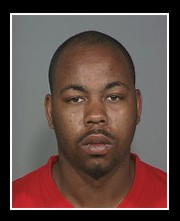 
According to the indictment, Davis transported the girl from Portland to Washington, California and Nevada with the intent that she engage in prostitution. He allegedly beat her and threatened her when she tried to refuse.
The victim and her family sent statements to the court expressing their fears if Davis were to be released, the justice department said. Davis allegedly got the girl's address and threatened to kill her family if she talked to the police. He also made references to a gang affiliation.


The FBI and Salem Police investigated the case which was brought by the Oregon Human Trafficking Task Force. Assistant U.S. Attorney Kemp Strickland is prosecuting the case.

Posted by Terrobuster at 10:39 PM No comments: 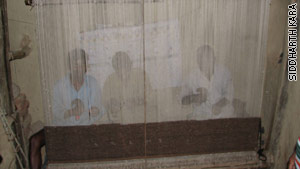 Editors Note: Harvard human trafficking fellow Siddharth Kara is undertaking a research trip around South Asia, looking at issues of forced labor, trafficking and child bondage. He will be getting access to the heart of the problem, and telling CNN.com readers what he has discovered every week over the next ten weeks.
Uttar Pradesh, India -- The "Carpet Belt" of north India spreads west from the city of Allahabad, east through Bhadohi, over to Varanasi along the banks of the Ganga River.
There are literally thousands of carpet looms concentrated in this region. Many are no more than small village huts with a single loom and a few workers inside. Others are large shacks that may posses up to twenty looms and thirty or more children.
I have visited this region several times, and each time I find similar circumstances. The carpets are being woven in wretched conditions by bonded laborers (usually dalits or "untouchables") or even some trafficked boys as young as six years old.
Bonded laborers are individuals who have borrowed money or assets for a wedding, funeral, medicine, home repair, or other reason, and are forcibly held in servitude to work off this loan at paltry wages and exploitive interest rates.
Most prized by the carpet producers are young boys. Their nimble fingers are perfectly suited to carpet weaving, and being children, they are more easily coerced to work sixteen to eighteen hours a day.
Child labor in Bangladesh's shrimp industry
Young boys like the one I met at a shelter for rescued child trafficking victims near Allahabad, are locked inside carpet shacks in cramped quarters, beaten regularly, given meager allotments of food, suffer respiratory ailments from the high level of thread dust, and are force-fed stimulants to keep them working. They suffer deformed spines, malnutrition, vision ailments, and severe cuts from the sharp claw tool that is used to pull the thread down the loom.
The young boy said he was told wild dogs were in the forest outside the loom and would eat him if he tried to escape. He was also told that if anyone ever knocked on the door, he and the other boys should not say a word or the guards would kill them, and their families.
India's child labor problem
Exploiting children in this way allows carpet producers to keep profits up and prices down. Carpets made in this region are routinely exported to the EU, U.S., and beyond.
A few brave souls work in this area and put their lives on the line to raid the carpet shacks and free the children. The shacks are almost always guarded by armed men. There is significant danger in this work, and I know more than one person who has been severely injured.
In my most recent trip to the region, I also met my second child trafficker - "Sanjay."
Sanjay claims he is routinely approached by parents in search of a deal for their children. He says he takes the children from villages throughout the Carpet Belt to Varanasi, where an agent allocates the boys to carpet looms and the girls to brothels. He said he is paid between $90 and $100 for boys and $150 or more for girls. Of this sum, Sanjay pays about 20% back to the parents, along with the promise of remittances from future earnings.
On the trail of human trafficking
Meeting Sanjay was a surreal experience.
On the one hand, I am a researcher trying to learn as much as possible by being impartial and keeping Sanjay relaxed and willing to talk.
On the other hand, I have met boys and girls who are victims of levels of abuse that are disturbing beyond measure.
In the end, I left my conversation with Sanjay troubled by the same thought I had after meeting my first child trafficker - just who is the greater criminal here?

Is it a callous opportunist like Sanjay, or is it a system where such intense levels of poverty persist, that millions are forced to make desperate calculations of selling one child, in order to save their others?
Human trafficking expert Siddharth Kara investigates the carpet industry in India.
STORY HIGHLIGHTS
RELATED TOPICS
Posted by Terrobuster at 10:27 PM No comments:

It is the first case of its kind in the city, Rutherford said.


By  David Hunt
Over the past several weeks, local and federal authorities have arrested six men in what they're calling a rare sex-trafficking operation in Jacksonville.
It started when a 15-year-old runaway wandered into the city's drug-ridden underbelly last spring. She met men who gave her crack cocaine in exchange for sex. Then they held her captive for nearly a month and sold her as a prostitute until she managed to break free and call her mother, who then called police.
Sheriff John Rutherford compared the case to slavery on Monday as he and James Casey, FBI special agent in charge of the Jacksonville office, announced the arrests.
However, the details were kept to a minimum. Both said they wanted to protect the 15-year-old girl, who had been placed in a therapy program.
Police would not specify where in the city the girl was being held or where she was forced to perform sex acts for drugs. The method the men used to strong-arm her into prostitution also was not revealed.
Ian Sean Gordon, 29, and Melvin Eugene Friedman, 45, were identified as principal suspects in the case. Court papers obtained by the Times-Union say the girl met Gordon on the streets smoking crack cocaine.
Gordon's arrest and booking report on file at the Duval County courthouse identified hotels on Philips Highway and Arlington Expressway where investigators say Gordon and the teenager would smoke crack and have sex.
Investigators further say a naked picture of the girl was kept on his cell phone.
State prosecutors stopped pursuing a case against Gordon as federal authorities took over, charging him as part of an investigation they termed "Operation Abandoned Hope."
If he's convicted on the federal sex-trafficking charges, Gordon could face a life sentence.
It was not made clear how Friedman took on a co-pimping role with Gordon, but among the six arrests announced on Monday, his charges are the most serious.
Friedman could face two life sentences if convicted, partially because of his prior record. He'd been released from prison in 2007 after a 1997 manslaughter arrest. Police say he'd bludgeoned a man to death in a Philips Highway hotel room.
Police also rounded up three men accused of purchasing the girl as a prostitute. Phillip Anthony Aiken, 28, Oris Alexander English, 45, and Alfredo Martinez Riquene, 42, each face a mandatory 10-year prison sentence if convicted.
Another man, 28-year-old Antonio D. Ford, was arrested on charges that he knew about what was happening to the girl but did not come forward.
Nearly 300,000 children in the United States, most of them runaways, are considered at risk to be forced into prostitution, according to a November 2009 report compiled by International Crisis Aid, a St. Louis-based human rights organization.
Still, Rutherford said the case announced Monday is a first in Jacksonville. Investigators said there could be more arrests coming.
david.hunt@jacksonville.com, (904) 359-4025
Share

Posted by Terrobuster at 10:06 PM No comments: