Is it the End of the World - For Real This Time? 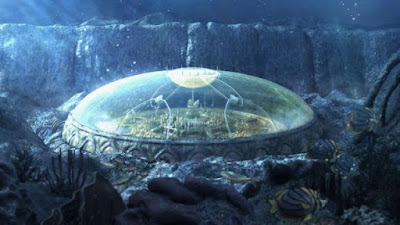 Let's be honest, every September of every year, someone somewhere makes a YouTube video about how the world is going to end in the month of September. It's really interesting. You can google end of the world, 2011, 2012, 2013, etc etc and you will see there is a video every year.


I am going to start by saying I don't want the world to end. I believe there is good in all races and religions, they just need to throw out dogmas, and learn to coexist. The final frontier will never be conquered if we end up destroying ourselves. I think Russia, China, the USA all know this deep down inside. I am not saying we are all the best of friends, but no one wants to destroy the Earth, and now we are finally educated enough to know the consequences of that action. All of us.

This doesn't stop YouTubers though. According to the new videos about this September we are going to have a global climate change, (and not because of global warming) This climate change will be the direct effect of a polar shift. My first thoughts on this theory is that, the people I know from the news etc, can't even predict the correct path of hurricanes, much less a near earth object (NEO), or an extinction level event (ELE). Instead I rely on our ancient past, and what they left behind, like the great pyramids of Giza, and see that we have have had no extinction event in our immediate past. All of the nuclear fallout mankind has EVER experienced, has been a direct result of our own doing. Still you have people that say there is a 9th planet moving in an elliptical orbit and wipes us all out every 3600 years. This can literally be proven wrong by looking at the pyramids, geological bedrock information never lies. We can even tell you how Egypt looked back then based on the erosion markings on the side of the Sphinx.

I am not saying that we won't have an extinction level event in our lifetime. I am just saying it doesn't happen every 3600 years, I think it happens every 10,000-20,000 years. Now I don't have proof of this of course, but let's take a moment to think of what mankind as a whole would do if there was a meteor/asteroid/planetoid on a collision course with our Earth. Once visible with our telescopes in space, the governments, and military will know before any of the citizens. Do you think they will make an announcement? Highly doubtful. It seems more likely that they would try to build an ark deep underground, wait for all the chaos to ensue, and then come back up once the slate has been wiped clean. We have stories of this in the bible, ancient Sumer, and even from Plato in 360 B.C (the lost city of Atlantis).

Why haven't we found the lost city of Atlantis? We are the lost city. Once the Earth was wiped out previously, selected groups went underground, and they waited for the Earth to calm down before they came back up, they then separated into smaller groups recolonizing the world. So why aren't we more advanced? Simple. Our knowledge was lost with our ancestors, one lifetime, one group, is not enough to teach all we know and understand to the next generation. Things get lost, and we had to make all of our scientific discoveries all over again. This was their mistake, we cannot make the same mistake again.
Read more: http://www.strangeconspiracies.com/
Posted by Terrobuster at 10:50 PM