Men: Is Thailand Safe Enough for Sex Tourism Yet? 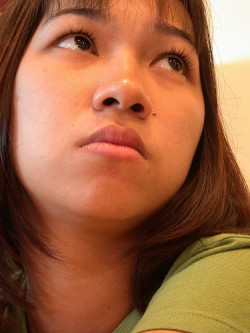 The recent political upheaval and riots in Thailand have killed and injured dozens of Thai citizens, destroyed buildings and livelihoods, and sent a nation to the brink of chaos. But it has also seriously inconvenienced a less-advertised population: sex tourists. The millions of men who travel to Thailand to have sex with women, girls, and boys are wondering whether or not their sexual playground is safe to return to. And of course, whether or not their favorite "toys" will still be there.
The recent violence in Thailand has really taken a toll on the sex industry there — both the legal sex industry and the child sex tourism and human trafficking industries. Patpong, one of Thailand's most famous commercial sex districts, had to close down in May because of violent demonstrations keeping Westerners out. Other areas like Nana Plaza, where girls and women can be ordered by the numbers pinned to their crotchless bikini bottoms, had to be roped off with razor-wire because of the gun fights. And just last week, the country put into effect a curfew and shut down Pattaya, an area known for tolerating young boys and girls forced into prostitution. For almost a month now, the Thai sex tourism industry has been quiet. And Thailand's would-be sex tourists are livid.
With the increased violence in Thailand, why don't these sex tourists move on to another country in Southeast Asia, like Cambodia or the Philippines? Some do, but many say that Thailand is the perfect storm of what they're looking for: cheap sex with women and children, decent food, and good medical care.
The medical care is key, since many of Thailand's "sex-pats" (ex-patriots who move somewhere for the sex tourism industry) are elderly and need access to care for everything from heart attacks to 48-hour erections brought on by too much Viagra. Plus, many agree that the law is more flexible in Thailand than anywhere else in Southeast Asia. As one sex tourist put it, when pointing to a six-year-old girl selling flowers at a bar, "Where else in the world could I give that girl 1,000 baht, take her outside and do whatever I wanted to her?"
Until Thailand is deemed safe enough for sex tourism and the brothels re-open their doors, neighboring countries might see a boost in their commercial sex industries. But Thailand has always been special — for the laxity in enforcing laws against human trafficking and child sexual exploitation, for the high number of women desperate to earn a living, for the cultural and political openness to elderly men treating their citizens like objects.
For some, the recent political violence has destroyed important parts of their lives. But for others, the thousands of women and children who are in the Thai sex tourism industry against their will, it may have provided a brief reprieve from the pain and humiliation of exploitation and slavery. That is, until the sex tourists decide it's safe to go back to Thailand.
Photo credit: madaboutasia
Posted by Terrobuster at 7:50 AM